Each year around the same time, the circular great wildebeest migration begins in the Ngorongoro Conservation Area of the southern Serengeti in Tanzania.

HIGHLIGHTS OF THIS TRIP :

Life Away From Life  is one of the few companies who can advise you where to go to maximize your chances of witnessing the great Migration in Tanzania . This is due to the fact that we have scientific data and daily updates on the great migration. Furthermore we have immense experience and expertise on this matter. We are proud to share with the world the greatest show on earth.

Early morning depart from Arusha to Ngorongoro.Descend 600m down the crater packed with 30,000 animals. Witness the African black rhinos roam freely, plus lots of predators
2

After breakfast head to the Serengeti. The wildebeest migration, normally pass through the Lobo area every year around August and September en-route to the KenyAs Maasai Mara Game Reserve
3

Full day game viewing, amazing spot to see the elusive leopards and also lion prides. It is a riverine area lots of crocodiles and large herds of elephants can be seen
4

Early morning game drive in the Serengeti and then head back to Arusha. 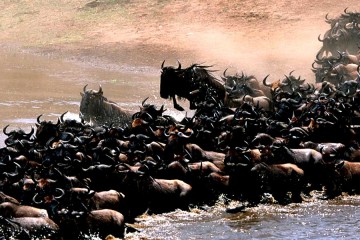 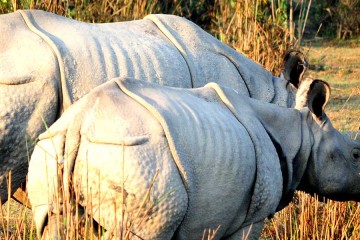 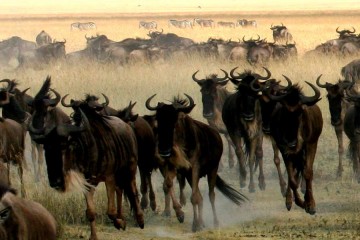