Markha Valley trek has been, one of the most sought after holiday trek among whole range of trekkers from expert to naive, partly because it lies adjacent to the most favorite Valley of Ladakh and partly because at the culmination point where the valley ends lies the famous and the massive mountain Kangyatse with snow-capped  peak touching the sky with glory.

The Markha River is a river in Ladakh, India. It is a tributary of the Zanskar River. The Markha Valley is one of the most popular trekking routes in Ladakh, accessible from Ganda La pass near Spituk in the west, which is usually the beginning point of the trek,and Gongmaru La pass near Hemis, where the trek usually ends. On top of the valley you can find the Kang Yatze, a 6,400 m (21,000 ft) high mountain. The Markha River also passes to the south of the 6,153 m (20,182 feet) high Stok Kangri mountain.

Nomadic families herd their yaks in this valley. Many small monasteries exist, of which Tache gompa is the most important Buddhist monastery in the valley.

Highlights of the Markha Valley trek:

On arrival at Leh airport you will be meet our executive & drive to Hotel for check in inl. Leh is at an altitude of 11,500ft/3,500m and therefore we recommend that the rest of the day be spent resting to help adjust to the altitude.
2

Drive to  Chilling and trek till  Skiu, Overnight in homestay.
3

It’s a very pleasant hike, up the Markha valley today with the trail crossing numerous streams. Markha is a quaint village with a deserted fort and a small village Overnight in homestay.

From Markha the country changes and the warm, relatively heavily wooded sections of the lower Markha is left behind. One will be required to cross the river several times as there are no bridges here. Hankar, en route, is the highest village in the Markha valley. Overnight in homestay.

Trek starts on a good path with several small inclines and a series of grassy ridges. There are a series of mani walls (walls carved with Buddhist prayers) and chortens en route. This is one of the most beautiful high valleys in Ladakh and is dominated by the Kangyaze peak. Overnight in homestay.

Today one will cross to the north of the Markha, climbing to the top of the highest of the three passes, the 5,306 M Kongmaru La, with its wonderful views from the top. There are snow peaks in every direction and on a clear day the giants of Karakoram, including K2, can be seen on the north-western horizon. The trail descends to the Martselang valley, following the Martselang stream to the village of Sumd.. Our Vehicle will pick you up from last point of the trek and drive back to Leh and transfer to the hotel.

check out from hotel. 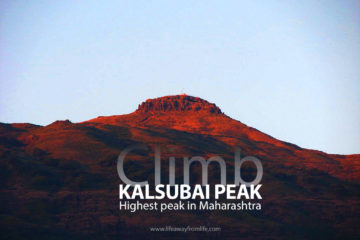 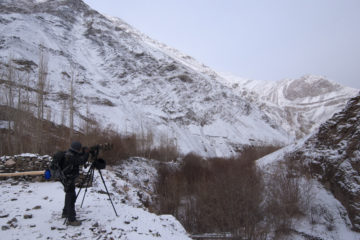 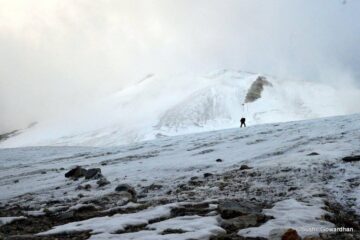 Mentok is the Tibetan name of a
9 Days
Ladakh
₹ 25,000
One tour per person