The monastic festivals are annual events of the major monasteries which the local people eagerly look forward to attending, both for attaining religious merit and as a means of social entertainment. These are generally held to commemorate the establishment of a particular monastery, the birth anniversary of its patron saint or some major events in the history and evolution of Tibetan Buddhism. People turn out in the thousands to attend these festivals in their colourful best, making every event a carnival of colours.

HIGHLIGHTS OF THIS TRIP.

The 2018 calendar.
Interesting facts.
– In the past Ladakh gained importance from its strategic location at the crossroads of important trade routes,but since the Chinese authorities closed the borders with Tibet and Central Asia in the 1960s, international trade has dwindled except for tourism.
–  Ladakhi culture is similar to Tibetan culture.
– Ladakh celebrates lots of famous festivals and one of the biggest and most popular festival is Hemis festival. The festival is celebrated in June to commemorate the birth of Guru Padmasambhava.
– In the month of September the Jammu and Kashmir Tourism Department with the help of local authorities organize Ladakh Festival.
– The Government of Jammu and Kashmir also organizes the Sindhu Darshan festival at Leh in the month of May–June. This Festival is celebrated on the full moon day (Guru Poornima) .
– Historically, the region included the Baltistan (Baltiyul) valleys (now mostly in Pakistan).
– The entire upper Indus Valley, the remote Zanskar, Lahaul and Spiti to the south.
– Much of Ngari including the Rudok region and Guge in the east.
– Aksai Chin in the northeast (extending to the Kun Lun Mountains).
– the Nubra Valley to the north over Khardong La in the Ladakh Range.
1

Reach Leh by Flight/Land. Complete rest till afternoon to acclimatize to the arid high altitude of Leh (3100 mts). Evening walk around Leh colorful market. Sight seeing to Shanti Stupa. Overnight in the Hotel
2

Full day of visit at the monastery festival
3

Full day of visit at the monastery festival
4

Morning transfer from leh to Pangong Tso, the largest salt-water lake n Asia. Most of the lake lies in Tibet, with only a quarter inside Ladakh. Many rare birds, including the Himalayan chakor and quail come to nest in the lake. Walk at Pangong Lake, a highest salt water lake in the World, Shared by two countries India (25%) & China (75%), enjoy the beauty of lake on banks of the lake while appreciating the changing colors of fascinating high altitude lake.
5

Morning drive for Nubra Valley by surface passing thru Horzey and Gangles Village. The road then rises to reach Khardungla pass -5602 Mts the worlds highest Motorable road. Enjoy the landscape and the beautiful birds eye view of the Leh town. Another 35 Kms drive takes to Khalsar at Shyok Valley, where the scenery is all around.Visit Deskit, the HQ town of Nubra Valley. Deskit is famous for 515 years old Deskit Buddhist Monastery, lying magnificently situated on a hilltop, facing the entire Valley. Reach Hunder and visit the sand dunes. Return to Leh by same route.
6

Depart for delhi by flight or land route 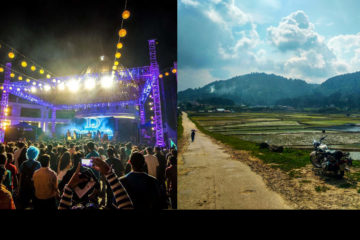 This 8 day trip in the Ziro
8 Days
Arunachal Pradesh 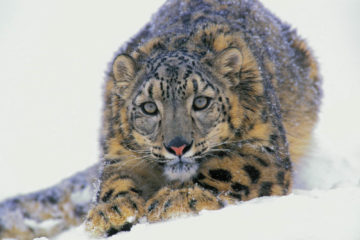 The  Snow Leopard trek is a rare opportunity
9 Days
Ladakh 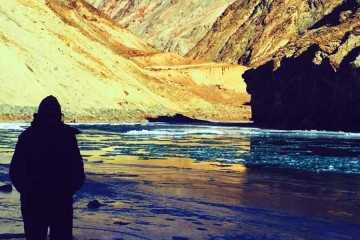 Experience the walk on the frozen Chadar
5 days
Ladakh
₹ 20,800
One tour per person