The Feel of Bhutan

It’s an ideal and quick way to experience the glory and the myth of Bhutan.

Bhutan, a Buddhist kingdom on the Himalayas’ eastern edge, is known for its monasteries, fortresses (or dzongs) and dramatic landscapes that range from subtropical plains to steep mountains and valleys. In the High Himalayas, peaks such as 7,326m Jomolhari are popular trekking destinations. Paro Taktsang monastery (also known as Tiger’s Nest) clings to cliffs above the forested Paro Valley.

The climate in Bhutan varies with elevation, from subtropical in the south to temperate in the highlands and polar–type climate, with year-round snow in the north. Bhutan experiences five distinct seasons: summer, monsoon, autumn, winter and spring. Western Bhutan has the heavier monsoon rains; southern Bhutan has hot humid summers and cool winters; central and eastern Bhutan is temperate and drier than the west with warm summers and cool winters.

Bhutan is the happiest country in Asia, and the eighth in the world, despite widespread poverty and illiteracy. A survey pointed to the landlocked Himalayan kingdom’s beautiful mountain scenery, isolated culture and strong sense of national identity as reasons for the contentment of its citizens.

One of the largest annual festivals takes place on National Day, 17 December, which commemorates the establishment of the monarchy. At this event, the king participates by serving foods and joining the attendees in games and dances.

Flying in to Paro international airport, in the beautiful valley, the clear mountain air, forested ridges, imposing monasteries and welcoming Bhutanese people in their striking national dress, provides a breath-taking first impression. If we are lucky, we’ll have glorious views of the snow capped Himalayas on the way to Paro (Try and get the left hand seat for better view of the Himalayas). The remarkable and steep descent into the Paro Valley is an awe-inspiring beginning to our adventure. Already you can feel the pace of life slow down. Our representative from Bhutan will welcome you . Upon arrival, take an hour drive to Thimphu, the capital of Bhutan. Although Thimphu is the capital in Bhutan, it is a village compared to other Asian countries. Visit centenary farmers market.
Meals: (Lunch/ Dinner included)
2

Thimphu, perhaps the most unusual capital city in the world, is the seat of government. This bustling town is home to Bhutan’s royal family, the civil service, and foreign missions with representation in Bhutan. It is also the headquarters for a number of internationally funded development projects. Morning visit to the National Library, which houses an extensive collection of Buddhist literature, with some works dating back several hundred years. Visit the nearby Institute for Zorig Chusum (commonly known as the Painting School), where a six-year training course is given in the 13 traditional arts and crafts of Bhutan. Also visit the National Institute of Traditional Medicine, where the medicinal herbs abundant in the kingdom are compounded and dispensed.

Visit the National Memorial Chorten. The building of this landmark was originally envisaged by Bhutan’s third king, His Majesty Jigme Dorji Wangchuck, who had wanted to erect a monument to world peace and prosperity. Completed in 1974 after his untimely death, it is both a memorial to the Late King (“the father of modern Bhutan”), and a monument to peace.

Visit the government-run Handicrafts Emporium and privately owned crafts shops, which offer a wide range of handcrafted products, including the splendid thangkha paintings and exquisitely woven textiles for which Bhutan is famous. Also visit the Folk Heritage and National Textile Museums, opened in 2001. Late afternoon drive to Punakha, the road from Thimphu to Punakha goes northeast and one of the highlights of the journey is at Dochu La Pass, the highest point between Thimphu and Punakha at 10,000 feet. It provides a spectacular view of the Himalayas to the north when the sky is clear. On top of the pass are 108 chortens (Tibetan and Bhutanese name for Stupa), honoring those who were recently killed by insurgents. Chortens are Buddhist reliquaries, memorials to the teachings of the Buddha. Sometimes actual relics of the Buddha or revered monks are inserted into the dome of the stupa, but whether or not there are relics inside, the stupas mark the landscape with reminders of the Buddha’s teachings. Meals (Breakfast/Lunch/Dinner included)

Punakha served as the capital of Bhutan until 1955, when the seat of government moved to Thimphu. Originally situated on the riverbank and dominated by the towering walls of Punakha Dzong, the township was relocated to a safer site a few kilometers down the valley, consequent upon extensive flooding in the early 1990s. At the same time, extensive renovation work was undertaken on Punakha Dzong itself, which is now a breathtaking and glorious sight as you first glimpse it from the road. Although four catastrophic fires and an earthquake in past times destroyed many historic documents, Punakha Dzong still houses many sacred and historic artifacts and also the embalmed body of Shabdrung Ngawang Namgyal. Take a short hike through beautiful rice fields to Chimmi Lhakhang, a temple dedicated to Drukpa Kuenley, who as a favorite saint of the Bhutanese people is known affectionately as “the Divine Madman”. The temple is on a hillside in the middle of rice fields and has become a pilgrimage site for childless couples. Enjoy some tea and snacks at the end of hike while overlooking the fields After lunch drive back to Paro. En route make a brief stop at the Royal Botanical Garden. Meals (Breakfast/Lunch/Dinner included)
4

After breakfast you will be driven to the starting point of a hike to view the spectacular Taktsang Monastery (Tiger’s Nest). The trail to the monastery climbs through beautiful pine forests, passing trees festooned with Spanish moss, and an occasional grove of fluttering prayer flags. After a refreshment stop at a cafeteria on the way, you will continue for a short distance until you see, across a deep chasm but clearly and seemingly within reach, the Taktsang Monastery. Built in 1600s, this incredible monastery clings to the edge of a sheer rock cliff that plunges 900 meters into the valley below. History states that Guru Padmasambhava, the Tantric mystic who brought Buddhism to Bhutan, landed here on the back of a flying tiger.

In the afternoon drive up the valley to view the ruins of Drukgyel Dzong. It was from here that the Bhutanese repelled several invading Tibetan armies during the 17th century. Also visit Kyichu Lhakhang, one of the oldest and most sacred shrines of the kingdom. Meals (Breakfast/Lunch/Dinner included)

After breakfast in the hotel, drive to the airport in time to catch up your onward flight. Your escort will bid you farewell and soon the remote and legendary Dragon Kingdom disappears again behind its guardian mountains (Breakfast Included)
[/timeline] 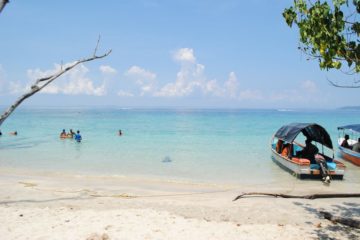 Rediscover Andamans is the perfect getaway options for
5 days
Andaman 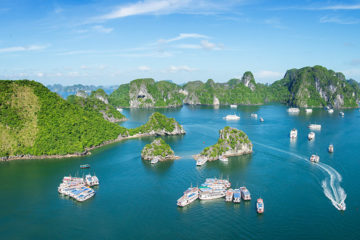 This 5-day trip will excite you in
5 days
Vietnam 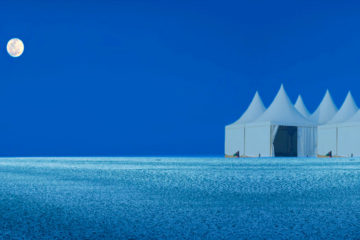 The Great Rann of Kutch is worth
3 days
Gujarat
₹ 24,280
One tour per person
Exclusive !!