(This is a mesmerising journey of a person who dared to dream, went against the norm and turned his passion into a lucrative profession. Taking the interview of this very inspiring entrepreneur was an absolute delight).

It was late evening. The station felt damp and was almost empty. The bulb in the public phone booth was flickering. A son called up his father and finally confessed that to save money, while travelling, he had been sleeping in shabby railway stations and at times had to take in more water than food to kill his hunger. His father worriedly asked him what exactly he was doing with his life. Couldn’t he just go back to his cushy corporate job?

He could have. Easily. But he did not want to. Because although it was one helluva bumpy road, strangely, he started enjoying the struggle. Immensely.

“The water filters and the benches in the railway stations became my friends. I really started enjoying the struggle. I was happy. I did not care anymore. I was living my life and had the belief that all this would lead to something”.

I know it was not at all easy because in the early 2000s, owing to India’s economic liberalisation, multinationals and private companies were mushrooming all over the place and every other middle class person wanted to join them for better salaries and a better life. The whole country was going with that flow. A few of them, like this guy, dared to go against it.

Probably, this is what successful entrepreneurs are made of. When adventure holidays were almost unheard of, the internet was still a baby and the start-up culture and infrastructure was literally non-existent, a young Creative Director in the IT industry left his well-paid corporate job and followed his dreams to become a traveller and adventurer. Felicitated by the country’s Prime Minister, Prateek Deo Gupta is known as one of the pioneers of adventure holiday in India.

For the last 20 years, Prateek’s company Life Away From Life has been educating and taking individuals and corporate clients on adventure holidays and treks on motorbikes, cycles and foot to exotic locations like Ladakh, Meghalaya, Kerala, Coorg, Bhutan, Myanmar, Vietnam, Cambodia, Antarctica, Mount Kilimanjaro, Turkey etc. just to name a few.

Whenever I see his LinkedIn updates of the beautiful pictures of the valleys, mountains, villages, the local food, people and culture, it completely stimulates me and fills me up with a desire to fly away to those places. 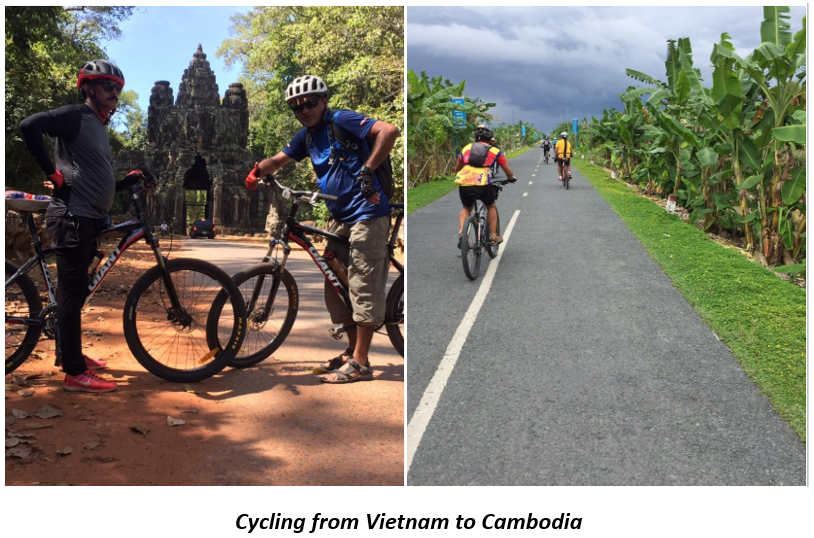 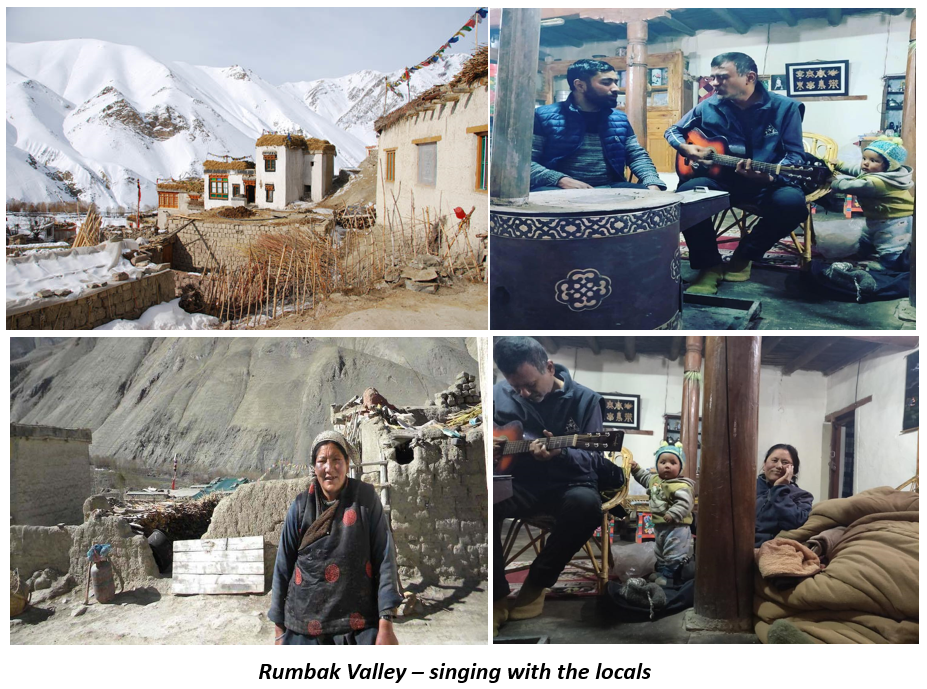 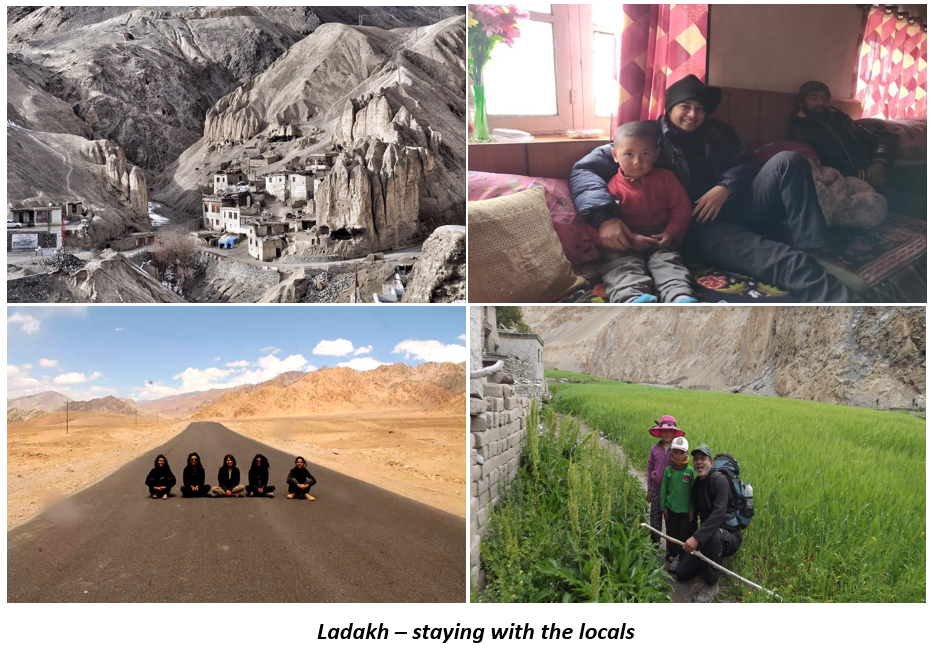 Why are you in the pictures of every trip?

One thing that the pictures struck me was that in almost every trip Prateek would be there. It made me realize that Prateek probably has not built his company in a way where he could be this CEO doing all the strategic stuffs while leaving the field trips to his employees.

I asked him the question. He answered. And I absolutely loved it.

Although Prateek has built this lucrative company where revenues have been growing year on year, his first love is still being with nature and meeting new people. He has been successful in finding that envious sweet spot where he is still living his passion hands-on and his passion is making money for him. He loves to travel. The only difference is that now he travels with a bunch of other people who pays him for taking them along with him.

It has actually turned out to be an excellent strategy. People and companies go to Prateek for this very personal touch.

“Balance sheets and Profit and Loss Accounts do not give me the kick. What gives me the ultimate kick is when customers thank me for giving them one of their best lifetime experiences. And that takes care of the balance sheets as well”. – Prateek

It gives Prateek a tremendous sense of satisfaction, purpose and happiness when his clients confess that the trips have had life-changing impacts on them. Some of them rediscovered themselves and some of them overcame their fears, phobias and illnesses.

The sense of purpose reached its peak when one of Prateek’s customers invited him to her wedding and told him that going on the trip to the hills and meeting new people completely changed something in her from the inside. In fact, if it was not for the trip, she would not have been probably standing there. Because before the trip, the girl was contemplating suicide.

The big question: how did you make it?

When I was talking with Prateek, I got the unmissable impression that this guy is like a free bird. Just carry on in the journey singing and playing, enjoy whatever life offers you and do what makes you happy without a care in the world.

However, behind this care-free impression is a thinking mind. Prateek left the IT world and joined an adventure travel company as a Coordinator for a year. In his effort to learn about the business he did all sorts of work including the menial ones like picking up customers’ luggage etc.

“If you want to learn about a business, you have to start from the very grass root level. You have to learn the basics. That’s where you understand what the customer likes or does not like.” – Prateek

Thereafter, he left his job and went on to travel all across the country over the next few years. This was year 2000 and he was about 28 years old.

“If I had to take people to these places, I myself needed to know these places first.” – Prateek

Those days, the internet being at its nascency, data was not available like how it is today. Prateek displayed tremendous foresightedness in collecting data manually. During his travels, with a pencil and a notebook, he took notes of each and every minute details. For example, on a particular route where could one find hot drinks or snacks to eat etc. (remember, these are remote locations and there were no smartphone those days). This manual database turned out to be the key in building his business and delighting his customers.

In 2001, he did his first trip with clients to Ladakh in a no profit/no loss basis to test his idea. However, it would not be until 2007 when Life Away From Life started seeing revenues skyrocketing, ending Prateek’s immense struggle of 6 years.

What struggle did you face? How did you manage your financial needs?

Adventure holiday was very new and majority of the Indians did not quite relate to it. A massive challenge was to educate people on adventure tourism. This made business sluggish. It led to the bigger challenge of dwindling finances. Prateek’s savings were almost exhausted and he was struggling with money to continue the business. The start-up infrastructure being non-existent, he did not have any access to investments.

To manage his financial needs, Prateek played in a rock band, freelanced as a tourist guide for other companies, sang in restaurants, wrote for magazines and also sold his travel data to international travel magazines. He did all of this so that Life Away From Life could continue to keep its head above water. In 2007, thanks to the increase in internet usage in India, his business boomed, and revenues increased by 1500%.

“The key to success is the combo of being happy and working hard. If you really enjoy the struggle, the process and the journey and work hard, the universe would conspire to give you what you want.” – Prateek

I asked how did he handle the pressure of not having money on one hand and on the other hand, seeing his friends buy cars and houses? How did he remain so laser-focussed?

Apart from his passion, self-belief and the fact that he started enjoying the struggles, there was something else that helped him. A marvellous lesson got opened before me.

Prateek had taken a course in mountaineering.

“In mountaineering, the thing that was drilled into my head was that when I had to go from Point A to Point B, my focus had to be zeroed in on only that part of the journey and not beyond. That conditioned me tremendously to be in the moment”.

Prateek’s career high came when he was felicitated by the country’s most ever loved and respected Prime Minister, Mr Atal Behari Vajpayee, while doing a cycle trip of 2500 kilometers from Mumbai to Haridwar (picture below – second from left in black). 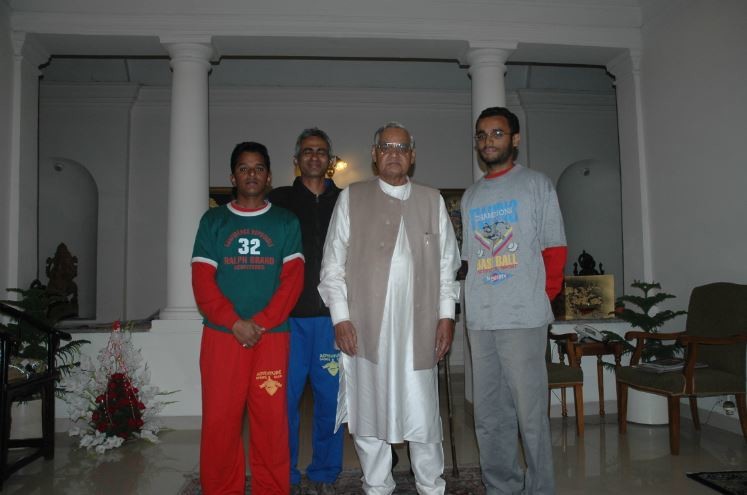 Finally, what made you go for adventure tourism?

Prateek, in his younger days, came across a picture cut out of a magazine. It always took him back to his childhood when his father, who was a painter, often used to take Prateek and his family to the hills so that his father could paint. This instilled a very strong affinity in Prateek towards nature.

Although Prateek was doing well in his corporate job, he was not happy from within. The thing that invaded his mind again and again almost every night was the picture. Of a man holding a cup of hot coffee in his hand while standing near a tent in a serene hill overseeing a beautiful landscape. Like a free bird discovering “life” to the fullest.

Prateek wanted to be that man in the picture for the rest of his life. And he became.

He starved, bled, toiled, cried, laughed, got dusted and dirty. But he finally became. 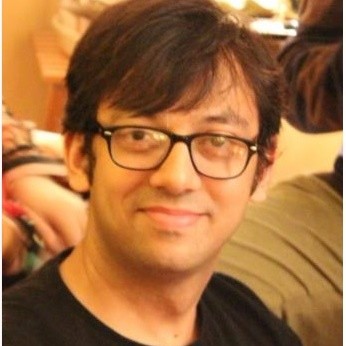 prateek deo
Thanks Aninda for this write up. Im humbled and indebted to you all my life.