The LAFL team successfully summits Mt Kilimanjaro  on 15th August 2015. Mr Kilimanjaro is the  , the highest free standing peak in the World.

the itinerary which the team.

Arrive in the morning at Nairobi airport, after Visa formalities transfer by pvt. vehicle to Arusha in Tanzania. The journey from Nairobi to Arusha is approx 5 hours, with a halt at the border of Kenya & Tanzania, for the Tanzanian Visa for an hour. Overnight in hotel at Arusha/Moshi.
2

Day 2 – At Arusha – Prepare for the trek

Spend the day at Arusha town and also for some last minute preparations for the trek. Overnight in hotel at Arusha/Moshi.
3

Departure from Arusha/Moshi at 8am, about 2 hours to Marangu village. Once you arrive at the gate, and after completion of administrative formalities and meeting with porters and guides, begin the 4 to 5 hour walk to Mandara Hut. The walk is at a leisurely pace through a dense and humid forest to the hut. If you feel up to it at day’s end, walk to the nearby Maundi crater for a long view over the plains & Lake Jipe, and in the distance; the Pare and Usambara mountains. The night is spent inside one of the huts.
4

After about 45 minutes walk in the forest, you will suddenly arrive upon an area of high grass of the heather belt, which as the trek continues, becomes increasingly desert-like, into the moorland. About 5 to 6 hours of walking brings you to Horombo Hut, and a stunning view of Mawenzi Peak. Night will be spent in one of the huts.
5

This extra day is taken at Horombo Hut to help your body’s acclimatization, and also to witness the beautiful scenery. There is a trek to the base of Mawenzi, at nearly 15,000 feet (4,600 m), along the way passing Zebra Rock, and the striking landscape of the moorland zone.
6

The day’s trekking will take about 6 to 7 hours. You will trek across the exposed, barren alpine desert of the saddle between Kibo and Mawenzi. The last fresh water point is at 14,100 ft. (4,300 m), where it will be necessary to fill your water bottles. The porters will carry the rest of the water required for food and hot beverages. The saddle crossing is impressive and the landscape spectacular. Night is spent at Kibo Hut.
7

You will be woken early with a steaming cup of coffee or tea, and the departure will be between 12:30 to 1am. The temperatures range from just below freezing at midnight, to between 10 deg. F (-12 deg. C) to -10 F. (-23 deg. C) just before dawn at Gillman’s point, at about 18,652 ft. (5,685 m) on the crater rim. The winding scree path of endless switchbacks will carry you through the night. At dawn the spires of Mawenzi will be silhouetted against the red glow of the sun from beneath the clouds. After about 6 hours of walking, you will come to the edge of the crater, near the Ratzel Glacier. Once reaching Gillman’s Point, summon your strength for another 1.5 hour trek over a gentle slope around the edge of the crater rim to the high point; Uhuru Peak, at 19,340 ft. (5,895 m). After a short time at the summit, descend the steep scree trail back to Kibo Hut for some rest, and then descend further to Horombo Hut for the night.
8

Descend straight to the gate of Marangu, which will take about 6 hours of walking. On arrival at the gate you will have lunch, awarded the certificates, and then you will be transferred to Arusha/Moshi. Overnight in Arusha in hotel.
9 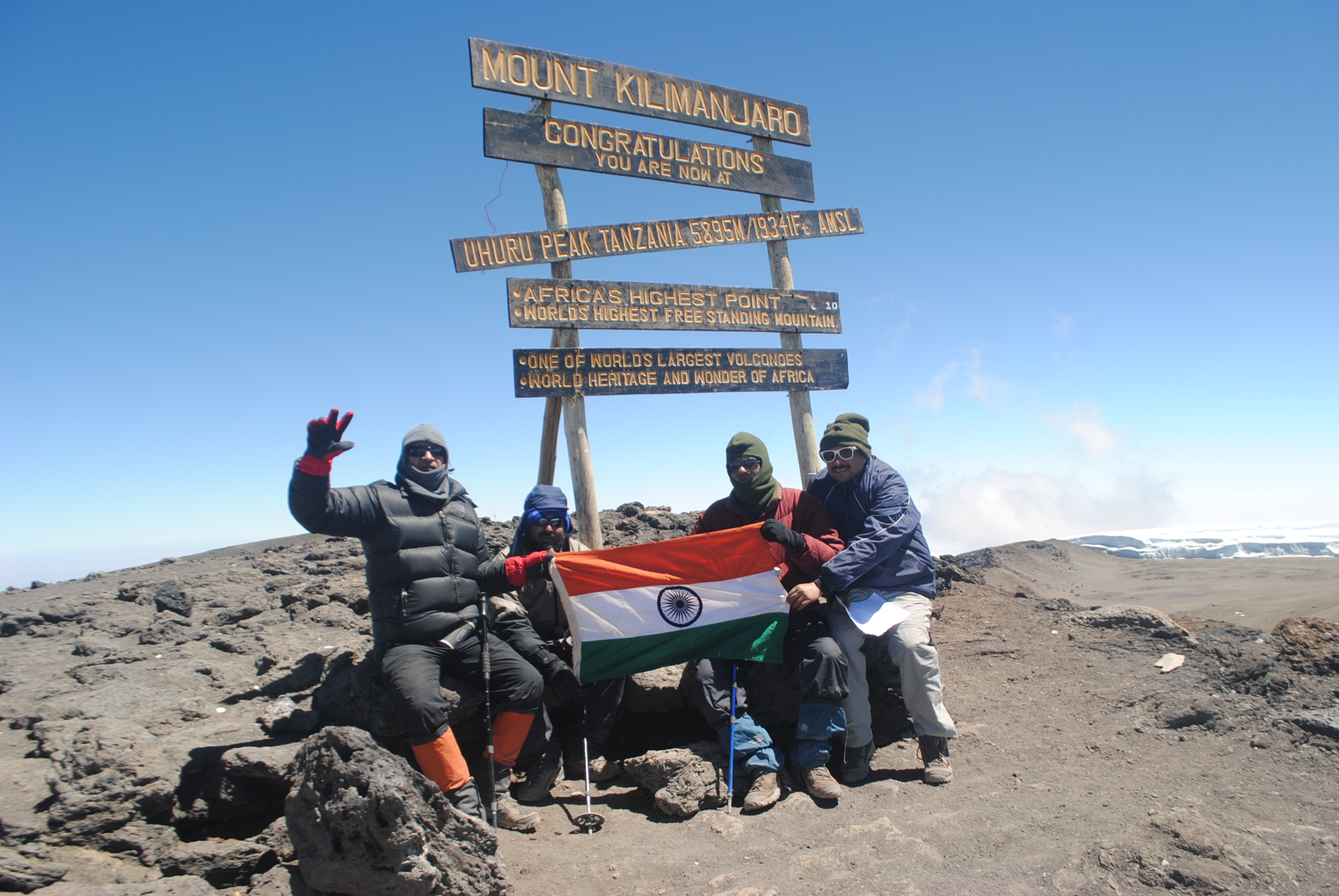